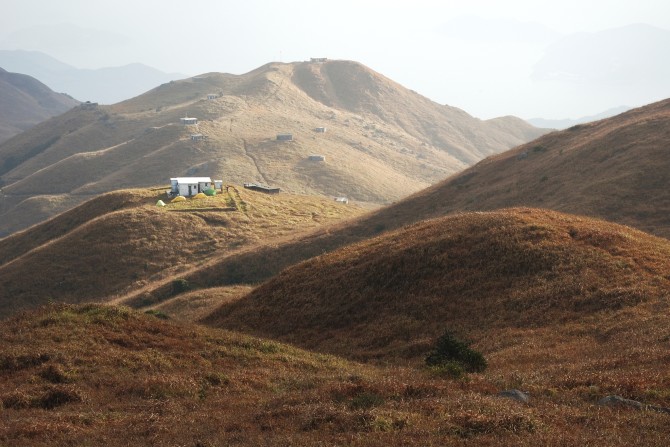 We moved to Hong Kong in June, 2013, and yes, that is a photo of Hong Kong above. It’s on top of Sunset Peak, on Lantau Island. We live at sea level at the foot of that mountain and I run up there once or twice each week. The top is stands at 869 meters (2,851 ft). It’s always nice and cool up there, and frequently covered in clouds and wet, which feels great when I’m running. There are a bunch of cinderblock huts there that nobody seems to use anymore, but campers often set up tents around them. Anyway…tangent.

Our move to Hong Kong was motivated by a still-pending adoption, rather than the usual “my business transferred me there,” reasons. The plan was always to be here for three to five years, and that is still the plan. We’re two years in, and expect that within one to three years we’ll be moving back to the U.S., most likely to Silicon Valley (anyone know a nice house there we can rent for less than $10,000 per month?), although we’ve been toying with the idea of renting an RV and traveling across the country and back for a few months first.

The reason for our three to five year plan centers around our two primary goals; 1) find our daughter and adopt her, and 2) get MWI self sufficient in Hong Kong. Once those two goals are met, we’re free to leave and will most likely do so. It seems unlikely these two goals will be met any sooner than within the next year, and hopefully it doesn’t take three more years.

In the meantime, we love Hong Kong. I could easily live here for the rest of my life if that’s what we were supposed to do. We’ve made great friends here, we love the lifestyle–challenges included (like no Walmart or Costco), we love the diversity of cultures and nationalities, and I love running the trails. We don’t like the sand flies or the mosquitos, though. Those are terrible. But worth it for everything else.

” get MWI self sufficient in Hong Kong.” Does that mean profitable as a unit without your day to day participation?

More of a staffing/leadership question. It means it’s running by itself and growing without me needing to be physically present to manage things. And it’s 99% of the way there right now, which is exciting!