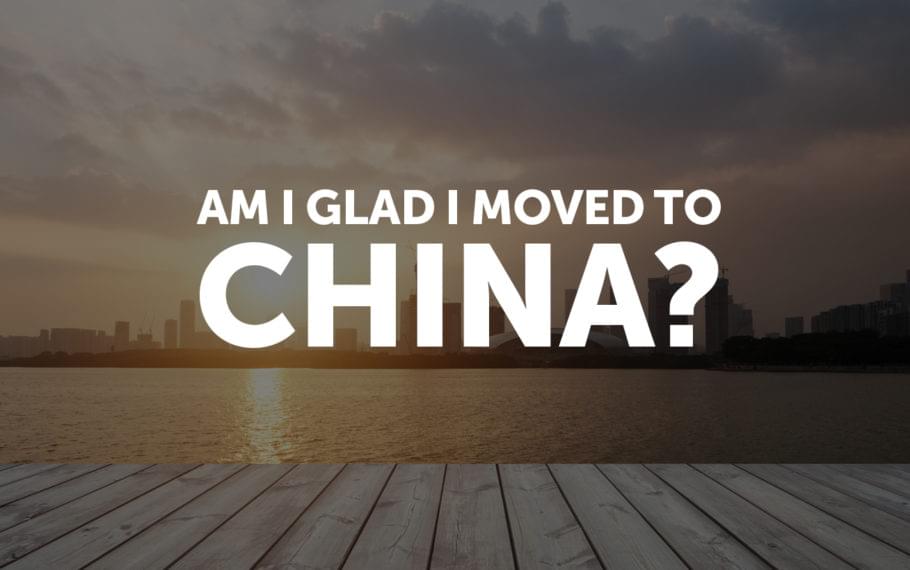 First I wrote about the one thing preventing me from ever moving to China. Then I wrote about why I did a complete 180 on moving to China. Now that I’ve lived in Shenzhen (correctly pronounced “shen-jen”), China, for over a year, am I glad I made the move? If I only said “Absolutely!” it wouldn’t convey strongly enough how I feel. I’m not merely glad I moved here, but I believe it may be the most critically important move of my entire life.

Just because I’m glad I moved here doesn’t mean there aren’t any downsides. Here’s what I miss the most:

The thing is, I was already missing the last three of those things while living in Hong Kong for three years prior to moving to Shenzhen, so the only real adjustment I had to make was to the slow internet (Hong Kong has some of the highest internet speeds in the world).

Things I Love About China

Everything negative about living in China is outweighed by things I love:

But none of this strikes at why I’m so glad I moved to China, and why I feel it’s critically important for me to be here, right now, at this stage in my career and life. Yes, there’s the adoption I mentioned in my previous blog about moving to China, but just speaking professionally, I believe China has a huge role to play in the future of global civilization. I’m not saying China is better than anywhere else, I’m just saying that it’s role is going to be huge, because China is huge. It has more people than any other country (although India is catching up). It has huge landmass. It has huge natural resources. It has a rich culture dating back thousands of years. Power, in many ways, is shifting from US nations to Asia, just as it shifted from Europe to the Americas in the 1800s and 1900s.

The Most Important Benefit of Moving to China

100 years ago I would have told anyone living in the UK, “You should move to the US.” While I wouldn’t necessarily advocate that everyone in the US move to China, I strongly recommend that if you’re involved strategically in a startup or any sort of business, you should at least make a long visit to China and witness firsthand what is happening here. If you’re in ecommerce and you come here you won’t write off Chinese ecommerce any longer. You’ll see that eventually they’re going to give Western ecommerce companies a run for their money. The same is happening or will happen with robotics, AI, app development, logistics, and on and on. Everyone I’ve convinced to come here has had the same reaction after a few days in the country, they all say “I had no idea. Now I see what you were talking about.”

That’s the #1 thing I’ll take away from China when I leave. It has opened my eyes to what a tiny bubble we live in, wherever it is we live. Now I know that China is here, and it is huge, and even though I haven’t lived in India, I know that if I moved there I’d have the same experience all over again. We each create a small world around us, and we try to live safely and comfortably within it. But the future belongs to those who live in bigger bubbles, and the only way to live in a bigger bubble is to burst the one you’re in. Travel does that. Living abroad does that. That’s what China has done for me, and because of that I’ll never see the world the same way, ever again.

We like the way you write Josh. And hey, are you going to talk S&B to move to China?

This is really fantastic Josh. I’ve been hosting top Chinese Educators from Guangzhou (10 months at a time) for the last 10 years. This has been such an enriching journey and cultural exchange to help me test their market. There seems an insatiable interest in developing western ways of learning which I will explore in depth soon first hand. I am retiring from teaching IT in the UK this year to visit and experience entrepreneurial learning opportunities first hand now that I have a range of connections. This blog is a great valuable guide to prepare that journey, which I’ll now start putting together as a blog following indications from your Influencer Inc webinar with Robyn Shulman.