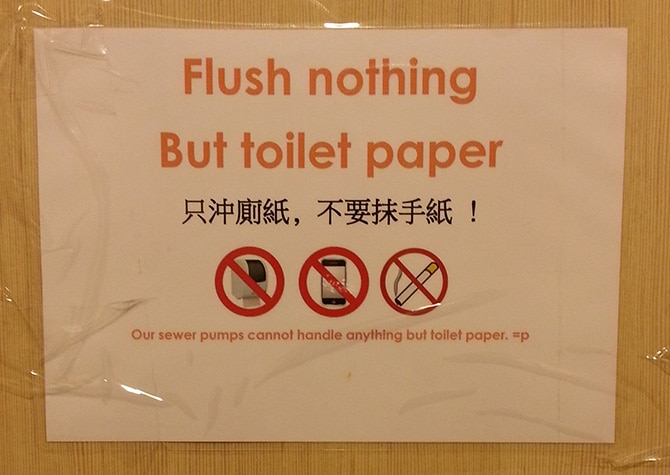 As I sit in a Starbucks in Hong Kong, typing with my freezing fingers (it gets pretty cold here in the winter, who knew? not me) and nursing a hazelnut steamed milk (too expensive, but I figure it’s the price I pay for a place to work when I’m out and about in the city), I’m thinking about how 2013 was a pretty exciting year for me and my family. For those who care, here’s a summary of what’s up. For those who don’t care or have something against reading, I still love you.

Adoption. My wife and I have two children. The first was adopted, the second was biological. We’re still not sure why we weren’t able to have children for the first 10 years of our marriage, and the only thing we can ascribe our second child to is an act of God. After the biological birth we figured our next child would be biological as well, but two years later we hadn’t gotten pregnant again.

Location. In 2012 my wife and I were living in Draper, Utah. My company, MWI, is headquartered there. I started it while I was still in college in Utah back in 1999. My wife and I had always wanted to travel the world and live in other countries, but it was never convenient or even possible before, plus we felt like we were where we were supposed to be for various reasons.

Writing. I’ve enjoyed writing since I was a kid. I got kicked out of school in 5th grade and my parents had to find a new school because of something I wrote. Let’s just say the principal and I didn’t see eye to eye on politics. Plus I was advocating rebellion and violence due to rules about school uniforms. At least I had the presence of mind to specify the guns would be shooting “rubber” bullets. I’ve been writing ever since, but never in any official capacity. This blog was about as structured as things ever got. Actually, I did write an op-ed on a political matter that was published in a regional newspaper, and Lew Rockwell republished a political blog post of mine, and I did write an article on online marketing for self storage companies that a trade mag printed, but that’s it as far as I can recall.

Partner. In early 2012 I went to Brazil for the first time since I was a Mormon missionary there from ’94-’96. It was a three week trip, and somehow I convinced one my best friends, Mark Browning, to quit his job and come along with me. Mark worked with me for a few years in my business and knows me and the business quite well. While driving in Rondonia, Brazil, we started chatting and Mark told me I wasn’t a very good salesman, and that I needed to get a partner who could handle that side of the business. I had some bad experiences with partners over the years, largely driven by my own inexperience, and had been turned off to the idea for a long time. But I had been having thoughts about bringing in a partner for a year or two, and when Mark stated it out loud, it rang true.

In August, 2012 my wife and I started discussing adoption again, and for personal reasons we felt drawn to China. Neither of us had any experience with China. I had never even traveled outside the Western Hemisphere. Brynn had lived in Japan while a teenager, but that’s as close as we had ever gotten.

Around the same time, we started feeling like our time in Utah might be drawing to a close. Some of the circumstances why we had been sticking around were changing, and it felt like we could entertain the idea. The business was also going well, which would facilitate this.

So it was that one day I turned to my wife and asked, “Why don’t we just move to China? The logistics of the adoption will be easier to manage, we can learn the culture and language to facilitate the transition of our new child (we’re planning on adopting a 7-year old girl), it will be a great experience for our other children as well as for us, and China is going bonkers economically (in a good way) so it might be good for the business as well.”

My wife as open to the idea, so we started thinking and praying about it. We also started talking to a family in our neighborhood who had lived all over Asia.

Hong Kong. Our neighborhood friends talked to us about living in China vs other Asian countries and strongly suggested we look at Hong Kong, or perhaps Taiwan. Other people I talked to recommended Singapore. We decided, given our lack of experience in China, that moving straight to Beijing or Shanghai probably wasn’t a good move. Plus the pollution in those areas concerned us. We ended up feeling that Hong Kong was the right place given its business friendly environment, reasonable environmental conditions, and proximity to China. We planned to move in June, 2013.

Partner. During all of 2012 after my trip with my friend Mark in Brazil, I tried to find the right partner to help me run MWI. I talked to a few people, but things didn’t work out for one reason or another. Around the end of 2012 I started talking to my brother in law about sales at MWI, and he had some good ideas. We decided he would do some part time consulting work for me. Even this was a bit iffy for me, as I had sworn I would never hire family to do even the smallest bit of work for me, because I didn’t want to put those relationships at the slightest risk. But I knew my brother in law quite well, and felt like we could work on this level without it being a problem.

Writing. In early 2013 a mentor and friend of mine connected me with an editor at Forbes. The editor liked some of the stuff I had written here on this blog, he thought the angle of me being in Hong Kong would be interesting, and he signed me up to write for Forbes. I was excited for such an opportunity, as I had never done anything like this, although just the month previous I had gotten an article published in Fast Company. BTW, all my writing is online only. So far I’ve never written for print that I know of, other than the pieces I mentioned above. I started writing for Forbes, and immediately loved it and felt like I was doing something I should have started doing 10 years earlier. It felt like destiny. In  the past several months I’ve also been able to write articles for Entrepreneur, Venture Beat, and a host of other publications. I just barely got signed up to write for PolicyMic and my first article should be published early next week. This is a bit different than the free writing anyone can do on PolicyMic in that they reached out and recruited me to write for their entrepreneurship section in what is a paid/freelance gig.

The writing has been a life changing, wonderful experience. Not only do I love doing it, but it has helped MWI immeasurably, opened all sorts of doors, and made me popular at parties, in spite of my being socially awkward and a sight to make eyes sore. Everything I’ve ever written that has been published can be found in the Press section on this site.

Partner. Working with my brother in law worked out very well, and I realized he might be the partner I was looking for. We talked about it, and after a few months of working together, decided to tentatively move in that direction. Things were solidified throughout 2013 and it’s now official. It has worked out phenomenally well. How well? Well enough that MWI had doubled revenues in the past 4-5 months, and I think we’ve got a good shot at doubling again during the next 4-6 months.

Hong Kong. We moved to Hong Kong in June, 2013, and it has been a blast. There have been challenges, but it has been rewarding enough to make up for those and then some. We’ve made great friends, our kids are learning Cantonese and Traditional Chinese characters, and I could go on and on about the great experiences we’re having. It was the right move, at the right time.

Adoption. This has been the quiet part, even though it’s what originally brought us here. We can’t do much of anything until we’ve been here for a year, so we’ve been filling out paperwork and doing research, but other than that there’s nothing to report.

With everything going on I’ve been a bit slow to get MWI up and running in Hong Kong. We have two clients here and have several proposals out, but I’ve been spending a lot of time writing, working on MWI in the US, and the Hong Kong MWI website took a lot longer than expected and still isn’t totally complete. Plus there have been other opportunities here. Too many opportunities. One opportunity I’ve chosen to dive into is working with Startup Grind Hong Kong, a monthly event series where I’ll have the opportunity to interview entrepreneurs and investors. Startup Grind was started in Silicon Valley by Derek Andersen and has 75 chapters around the world. I’m co-directing along with a few other folks. I’m keeping busy and having fun, but MWI Hong Kong could use a little more attention. All in good time.

So that’s 2013, in a nutshell. In 2014 I’ll be working to build an online marketing team here in Hong Kong, launch a revamp of the MWI US site, my partner will be moving to Phoenix, Arizona to open an office there, and who knows what else might be in store. I’m looking forward to writing the next installment a year from now. And remember to never, ever, flush your smartphone down a toilet in Hong Kong.