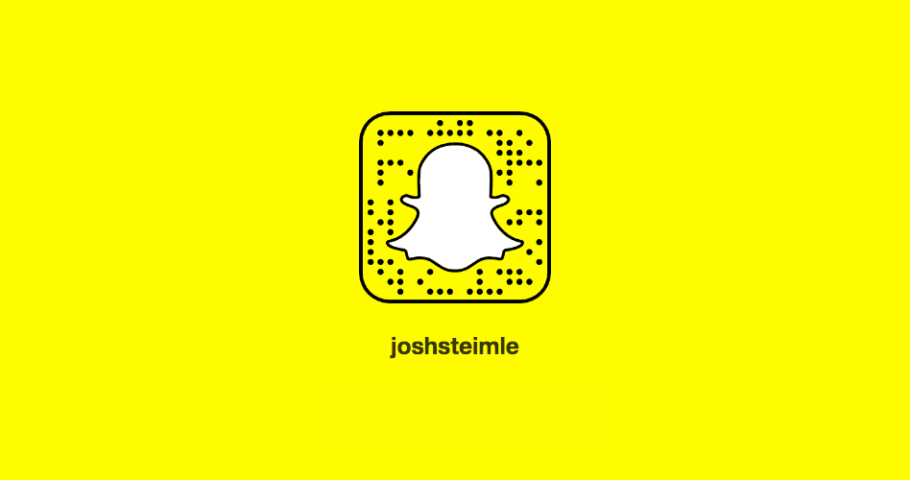 I just set up a Snapchat account. I’ve been an active user for about two minutes. But I’ve already learned a few things.

You take photos and videos and share them with your connections/friends, along with captions.

There are several media properties with special “channels” or whatever they are calling them. They include National Geographic, Mashable, Vice, and more. You can watch videos and see photos they’ve put up. I saw something on the National Geographic one about divers finding a giant mucus ball made by squids. This appears to just be getting started, but I could see this becoming a big deal.

Yeah, I can kind of see how it could be used for that. But that’s also being done with email, Instagram, Facebook, Twitter, and plain old text messaging. I’m not sure I see that Snapchat necessarily facilitates this to any great degree over all the other options. And if it does, that seems like all the more reason for parents to get on it and learn how it works, rather than staying away from it and hoping their teens do as well. That might be sage advice for sex, drugs, and rock n’ roll, but Snapchat is a neutral tool. It’s neither good or bad, but what you make of it. If parents are on it, they can help steer their teens in the right direction.

I mean, can’t we send photos and videos via Facebook, Twitter, Instagram, etc.? Yes, but I think I see why Snapchat is special–it’s casual. You don’t quite get what this means until you try it out. But once you do, you realize that the other networks require that you put a little effort into what you say and post. Snapchat? Nah, it’s cool. Just post whatever, it’ll be gone soon anyway (although it doesn’t have to disappear). There is a real sense of relief when you realize you don’t have to get your photo just right or do anything fancy with it. Whereas Facebook and other networks produce a constructed version of a person, Snapchat appears to be more authentic. It’s hard to communicate, but this is kind of a big deal, I think.

Overall, as I tried out the app there was a feeling that this is the future, or some part of it. Based on my brief experience, I predict we’ll all be using Snapchat within two years, and that includes big brands, small businesses, grandparents, parents, and heck, maybe teens will even still be using it two years from now, if they haven’t already moved on to the next new thing. Am I going to keep using it? Absolutely.