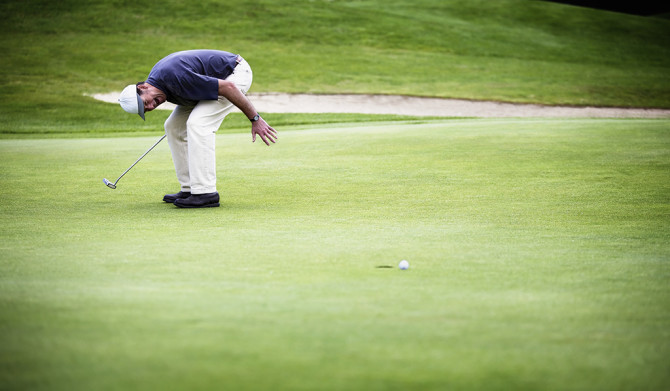 If you’ve ever tried to pitch a story to the media you know how hard it can be. You can contact 50 journalists, spend 20 hours, and get nothing out of it. It’s even hard for PR firms, which is why the ones who can make it happen get paid the big bucks.

What gets me is when people have a PR opportunity staring them in the face, and they don’t see it. The most recent case in point, the Utah government. As we speak, the Governor of Utah and his trade staff are preparing to travel to Hong Kong to promote Utah as a destination for Asian companies to set up US operations. The Utah World Trade Center’s recent newsletter says this:

Join Zions Bank and the Mountain States Trade Mission to Hong Kong and Guangzhou, China this September 14-18. The trade mission will include country briefings by the U.S. Embassy, business meetings, receptions hosted by the U.S. Consulate, cultural visits and a Sundance Film Festival opening night gala in Hong Kong.

The trade mission is sponsored by the Sundance Institute, the Utah Governor’s Office of Economic Development, the U.S. Commercial Service and World Trade Center Utah.

The funny thing is, they haven’t reached out to me at all. Now, it’s not that I’m The Man when it comes to all things between Utah and Hong Kong. “How dare they plan a trip without talking to me first!” No, it’s not like that. What I’m saying is that if their goal is to get publicity for Utah, I’m an easy target. I love writing stories that involve both Utah and Hong Kong. I’m also easy to find. Do any number of searches with “utah hong kong media,” “utah hong kong journalist,” or “utah hong kong business” in Google and up one of my articles pops. Search for “utah hong kong forbes” and a few of my articles pop up before anything else. With a few minutes of research and outreach, Utah could have had an article in Forbes to publicize this trip. How much would that have done to assist them in their efforts? Do you know the journalists who have a tie to your hometown or home state?

Utah isn’t the only one missing out. I’ve never been contacted by someone touting my alma mater as a connection. “Hey, I saw you went to BYU and that you just published an article in Mashable, I’ve got an idea for an article that I think would go well with that audience…” Would I write that article? Maybe, maybe not. Would I give them the time of day? Sure, which is more than I can say for most of the pitches I get and automatically delete. So far it’s never happened, and I know BYU is producing a lot of successful entrepreneurs with companies that need and want PR. I’m an easy target, but nobody appears to be aiming at me. Do you know who the journalists are who went to your school?

Someone else recently did this the right way. A PR firm saw that I’m writing articles focused on the chief marketing officer (CMO) role, so they sent me a press release about a study their client released in association with the CMO Council, the leading professional organization for CMOs. I have NEVER responded to a press release before, and I’ve received a few. But their personalized approach, together with the highly relevant content of the release, convinced me to write an article based on it. They saw that I was an easy target for the news they had, and they acted. Easy article for their client.

Most companies make the mistake of approaching a journalist right after they’ve written a story they wish had included them, and they assume this journalist is an easy target for a follow up piece. “Hey, I saw that you just wrote a story about the top 10 productivity app startups, and we’re #11, so I bet you’d love to write a story about us, too!” Wrong. That journalist is the worst person for you to approach right now. They are the least likely journalist in the world to write about your startup, unless their entire focus is on productivity apps and that’s all they write about and you can see a pattern of it in their writing. I get so many pitches like this and all I can think is “Wow, too bad you didn’t email me three weeks ago, this would have been a perfect fit back then.” Unfortunately, it’s hard to get around this challenge. You just can’t know what someone is working on before they publish a piece, unless they publicize it (which I do, if you follow me on Twitter).

Instead of that, just take some easy steps. If I were in Utah’s shoes, I would have spent five minutes on Google to see if there were any journalists in Hong Kong with a Utah connection. If I were an expert on a certain topic, I would do a search to look at all the articles around that topic. For example, if I were a CMO looking to get publicity, it wouldn’t take me too long to see that Amy Gesenhues writes a lot of content at Marketing Land about the CMO role. Or if you have something you can’t put into a certain topic or geography, but it’s super interesting, maybe Larry Kim at Inc is your answer. This isn’t complicated. Just takes a little searching around on Google. The hardest part appears to be thinking to do it in the first place.

So, what easy PR opportunities are you missing out on?