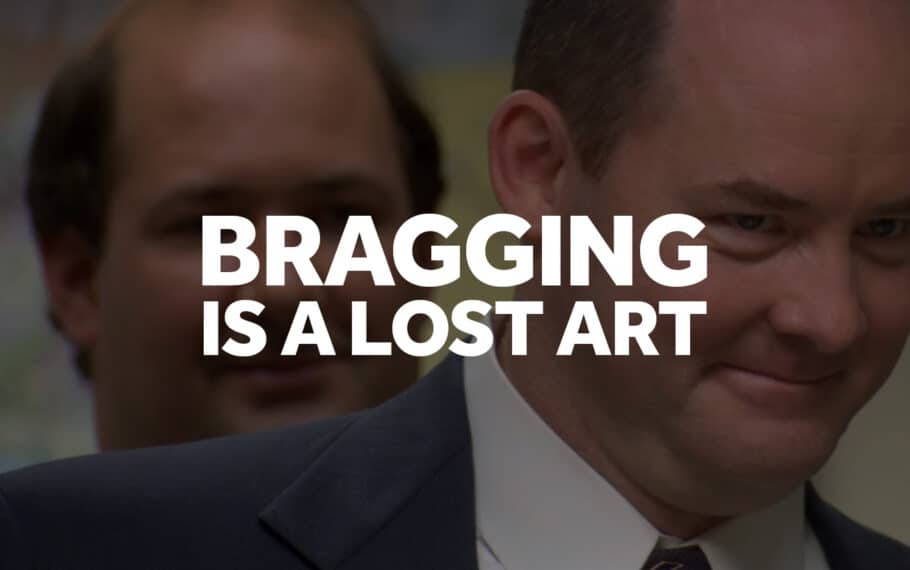 ​That line was part of an email I got from Rich Litvin, author of The Prosperous Coach.

I’m not sure I agree, but it depends on your definition of “bragging.” If it’s pointing your thumbs at yourself and saying “I’m better than you! Look at how awesome I am!” then nah, we don’t need more of that in the world.

On the other hand, there’s something to be said for “letting your light so shine,” not “hiding your candle under a bushel,” and letting people know what you’ve accomplished so that they can learn from your experiences and have hope in a better future for themselves.

When Immaculee Ilibagiza​ published her book Left to Tell about surviving the Rwandan genocide, was that bragging?

When Warren Buffett talks to a reporter and says “This is how I do what I do,” is that bragging?

I can tell you about someone I wish had bragged about what they did, even if they were saying “Look how awesome we are!”

William Chamberlen was a surgeon from France who moved to England in 1569, fleeing religious persecution in his homeland. He had two sons, both named Peter (who does that?!), who also became surgeons. The family specialty was delivering babies in difficult cases.

It’s not clear who was responsible, or the exact timing, but sometime between the late 1500s or early 1600s, one Peter or the other invented the forceps, a tool used to deliver babies.

The tool was revolutionary, but it was kept a secret. As explained on MentalFloss:

When either of the Chamberlens was summoned to a difficult delivery, they were accompanied by a large, ornately carved, gilded box carried by two men. Everyone else was ordered out of the room and the laboring woman was blindfolded before the box was opened and the forceps (18 to 20 inches long or so) were taken out. Often, those outside the room reported hearing mysterious noises and bells accompanying the moans of the woman in labor. The whole process usually ended with either the cry of a newborn or the news that although the baby had been stillborn, the mother still lived.

Both Peters used the forceps throughout their careers. Peter the Younger had a son named Peter, who also used the secret device. This Peter Chamberlen had a son named Hugh, who kept the family tradition alive.

It’s not that the Chamberlens were purely selfish, although their secret did help them earn a stellar reputation in their industry and make a lot of money. There was also widespread opposition at the time to the use of any devices during childbirth.

By the early 1700s, the secret had slipped out and others had come up with the idea on their own. Later medical innovations made forceps obsolete in all but the rarest cases.

It’s impossible to calculate the number of lives, both of mothers and babies, that were saved by the use of forceps during the roughly 250 years they were in common use. It is likewise impossible to calculate the number of lives lost during the 100 or so years they were kept secret, but given how common it is for babies to be born, the mortality rate between 1600 and 1700, and how quickly an idea like the forceps would have spread, it doesn’t seem unreasonable to speculate that millions of lives were lost, all because one family chose not to brag.

Perhaps you haven’t invented anything that will save millions of lives, but do you have knowledge in your head that could help one person? Is there a single person out there who might be struggling with a problem or situation you’ve already overcome, who would benefit from being able to peek inside your head at the experiences you’ve had?

One thing I’ve learned is that if there’s one person out there who would benefit from what’s in your head, there are probably 50,000 others who have the same need. Maybe you can’t find all 50,000 of them, but what if you could reach 1,000? What if you could directly change 1,000 lives, and then those 1,000 people would help you spread your message? Maybe you could eventually reach all 50,000, with a little help from your friends.

If you could help that many people, simply by sharing what you know, don’t you have an obligation to do it? Wouldn’t it be selfish not to? Couldn’t you say it would actually be unethical to not brag?

If you’ve got a different take on things, I’d love to hear it. Sound off in the comments!