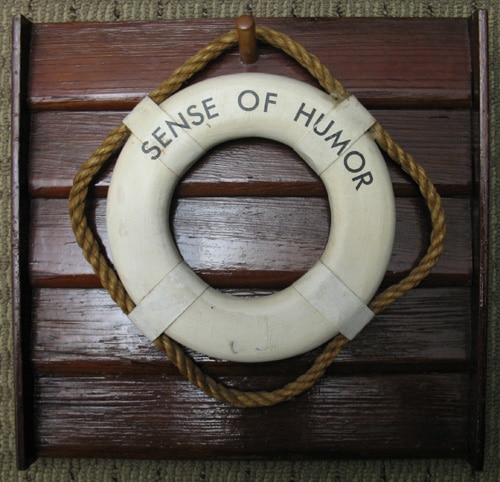 This hung in the home I grew up in until my dad gave it to me upon my requesting it. I figured I needed it more than he did. I think it’s older than I am because it’s been in our house ever since I can remember.

It might help if I tell some stories to give background to why this memento means so much to me. The first story takes place when I was three years old. My dad owned a dugout canoe back then. He didn’t carve it, it was the real thing, made by natives from the northwestern United States. His dad owned it before he did, and I’m not sure how old it really is. Today it has been restored and belongs to the Southwest American Indian Museum in Los Angeles (my dad donated it for a tax write off). I couldn’t find any photos but it was no small craft. Well, my dad got the idea that he wanted to paint it to look like it might have if some Alaskan Indians had painted it up nice, so my dad spent a lot of time putting on a few coats of white paint in preparation for putting some nice Alaskan designs on the front.

One day I happened to be in the backyard by myself where all this was going on. Again, remember that I was three years old at this time. I saw a can of black paint that was open, and I saw a paint brush next to it. And I remember thinking “Gee, wouldn’t it be nice of me to help my dad out?” By the time my dad came outside I had covered approximately 3-4 square feet of the canoe’s white side with black paint. So what do you think my dad did? Well, he didn’t laugh out loud, or the story would work even better, but he wasn’t angry either. He asked me why I was doing what I was doing, and I explained that I wanted to help. He then explained that what I was doing wasn’t helping, and how he was going to have to do a lot of work to undo what I had done. He explained all this calmly and in a matter of fact way so that I didn’t get my feelings hurt, but I still learned a lesson about painting things without asking first.

The point isn’t that my dad used his sense of humor to resist the temptation to throw me over the wall into the neighbor’s yard. The point is that when somebody does something for me, and they do it entirely the wrong way, I don’t get mad, even if it’s going to cause me to have to do more work than if they hadn’t been “helping” in the first place. Part of why I don’t get mad is because I remember this experience, and the humor of it all, and then I try to find the humor in the situation I’m currently faced with.

Here’s the second story, which also coincidentally involves a canoe. I was probably about 12 when this happened. My friend Joe Dupre and I were at a father and son campout and had taken a canoe out on a lake. Well, it’s not really a lake, it’s the Santa Fe Dam Recreation Area in Irwindale, CA. Nevertheless, even though it’s man made it’s still a decent sized body of water. Some more recent photos make it look like a nice place, but back then the water was kind of dirty, had trash in it, and lots of dead fish.

As Joe and I were paddling around in the middle of this lake he started rocking the canoe in an attempt to add some extra “fun” to our brief trip. Well, I had my wallet on me, I didn’t feel like getting wet, and I certainly didn’t want to get wet in that water that seemed filthly to me, although it probably wasn’t really as bad as I’ve made it out to be. People swim there all the time and I’ve never had anybody send me any hospital records about the illnesses they caught while there.

As Joe continued rocking the canoe, I started getting annoyed, then very annoyed, then angry. And the more annoyed and angry I got, the more fun Joe seemed to be having. Finally he was standing up in the canoe and was seriously rocking the thing to the point where I really thought we were going to capsize. I kept telling him to stop, but this only made him do it all the more. My patience exhausted, I decided to teach him a lesson. As he was standing up and rocking the canoe back and forth I grabbed the edges and rocked it myself, thinking only to scare him. But it was too much for the top heavy canoe and it immediately turned over and dumped us in the water.

Now we were treading water, dirty water, in the middle of this lake with an upside down canoe. There was no safety issue. We weren’t that far from the shore, it was a calm, sunny day, and we were both good swimmers. But what was interesting to me about that experience was that although I had been extremely annoyed and angry while Joe was rocking the canoe, as soon as I was in that water my brain immediately said to me “Well, you’re already in the water now, no use being angry about it anymore.” The annoyance and anger left me, and I thought it was hilarious. We turned the canoe right side up, but it was completely full of water, so we had to swim to shore, dragging it along with us.

The lesson I learned that day was that you might try to avoid a bad situation all you can, and you might get stressed and annoyed at those around you who don’t seem to care as much about avoiding it as you do, but once it happens and you’re in the thick of it, what’s the use of being angry? You might as well laugh at it and then do whatever needs to be done, whether that’s pulling a canoe to shore and drying your clothes or buckling down and trying to collect money to make payroll. Anger and frustration aren’t really productive emotions, although if you’re a Seinfeld buff you’ll know that if you always look angry it makes you appear more productive.

So that’s what this model of a life preserver with the words “sense of humor” on it means to me. It reminds me of some experiences with canoes that in retrospect are quite humorous, although at the time there were aspects of both experience that weren’t to certain parties involved. It reminds me that when I’m down and depressed, stressed out, broke, and feeling like nothing is going right, as long as I can find something to laugh at in the situation, that sense of humor might just be what saves me.

I approve this message.