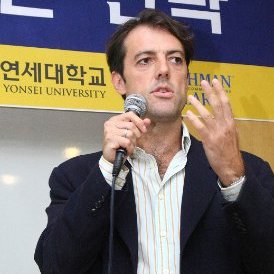 I’m attending my first Web Wednesday in Hong Kong tonight. Web Wednesday is an active networking group on Facebook, LinkedIn, and Google+…although the Google+ version doesn’t seem to be active since January. It is billed as “Asia’s premier networking event for internet executives and digital start-ups.” It was started by one Napoleon Biggs (how’s that for a name?) and apparently it’s awesome because almost everyone I’ve talked to in Hong Kong who is involved with online marketing has brought it up.

At the moment there are about 50 people here, and I can hear some good conversations going on around me. Why am I typing instead of networking? Well, you’d be surprised what interesting things you hear when you’re sitting typing and everyone is ignoring that you’re there, a foot away from them, hearing every word they say. I guess this is a bit how it feels to work for the NSA.

The presentation tonight is described thusly:

Come learn how Wikipedia became one of the top 10 most-visited sites on the web, what is Wikimania and where the Wikimedia Foundation will venture next. Our guest speaker is Jeromy-Yu (Jerry) Chan who donates his time to improve greater human good as the Coordinator-in-chief of Wikimania 2013, Councillor for Wikimedia Hong Kong and Administrator for Chinese Wikipedia (维基百科).

I’m not going to blog the whole thing, just promoting the group, which I can already see is quite active. Time to get to networking.