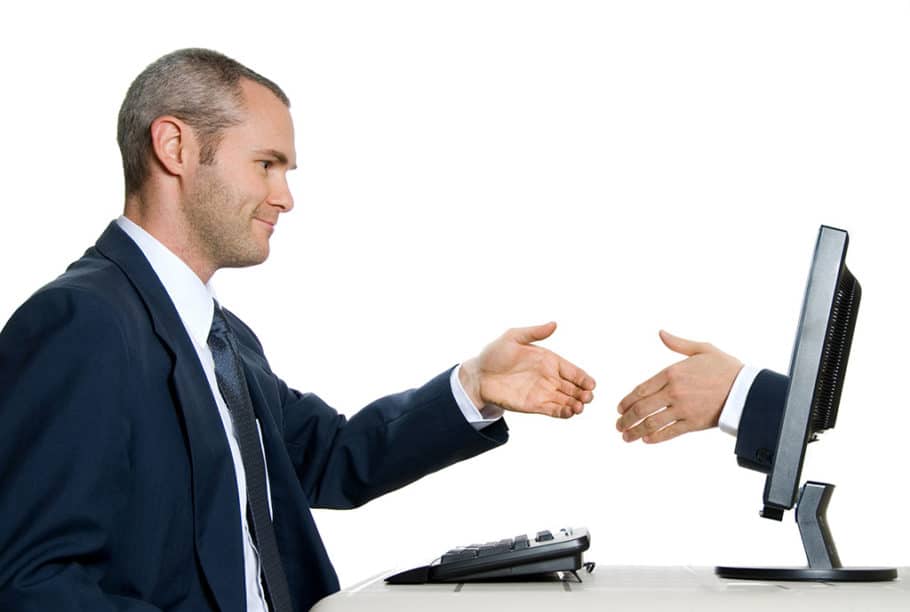 I’m just going to embrace the cheesy stock photography thing…now, on to business.

Have you ever written an article on moving from physical to virtual? The transition…how it was received internally? Externally? Software you use that has made it work etc?

I don’t think I have written it, so here goes.

From 2000 to 2007 my digital marketing agency MWI had a physical office. Our first address was 106 West Center Street in Provo, Utah. In 2003 we moved to Draper, Utah and spent 4 years in a nice space there, right next to the freeway. In 2007 the business wasn’t in good shape and we needed to cut costs. I realized I was holding onto the expensive office space mostly out of vanity, and once I saw this clearly it was an easy decision to get rid of it. At the same time, I put my 10 full time employees on contract status, and made other modifications to the business that got us profitable. I didn’t really have much of a choice. As Samuel Johnson said:

Depend upon it, sir, when a man knows he is to be hanged in a fortnight, it concentrates his mind wonderfully.

How did people receive it? I can’t separate going virtual from also putting everyone on contract. Nobody was emotional about it–everyone knew it was a necessary step, but some people needed full time work and had to leave the team. Others were content to work on a contract basis. Probably of more relevance is how people on the MWI team take it today, as we build up our team again (we’ve got about 12 full timers now).

Here’s the thing–when you run a virtual office you become a beneficiary of selection bias. If someone doesn’t like the virtual office arrangement, they’re probably not going to take the job. They may never say it, so you won’t know it, but the people you end up with on the team are likely to be people who are cool with a virtual setup. In addition, we often hire people as contractors and work with them for a while before we bring them on full time. These people tend to be freelancers, they’re already used to working from home, and joining a virtual team is nothing new for them. I see all this as a positive. We have a proactive team that takes responsibility, works well on their own, and we can hire the best people regardless of location. But of course this isn’t talking about transition, so I’ll move on.

A bunch of this is redundant, and we may be doing away with some of it in the near future. But at the moment, here’s what we use to manage our virtual team.

Of course we use a lot of other software in our business, but this is the software that’s directly related to managing the virtual team.