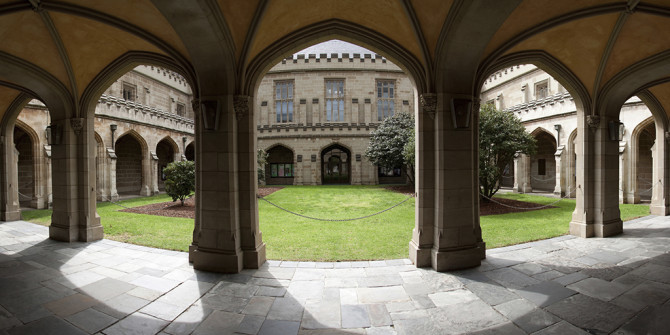 This is not an anti-college rant. I’m glad I went. I loved college. I better have, because I stayed there for 7 years. And I’m planning on going back for a PhD, which means another 5 to 6 years. Then research for who knows how long. So I’m definitely not against higher education.  Other than for the people who end up dying in beer bong accidents or who are driven to nervous breakdowns, which is to say, the outliers, I believe everyone who goes to college is better off for it. Everyone. That is, until you look at the costs.

If college were truly free, then I think college would be great for everyone. I also think it would be great for everyone to live in whatever type of house they would like to live in, wherever they want in the world, drive whatever car they want to, eat whatever they want to, and do whatever they want with all their time. But try as governments might to convince us to the contrary, all these things come with a cost, and so does a college education. Even if one has scholarships and all expenses are paid, there is the question of one’s time and opportunity cost–the time one spends in college when one might have been traveling the world, starting a business, or reading books.

I own a business. I write for publications like Forbes and Entrepreneur magazines. I’ll be speaking at a TEDx event next month. I have a beautiful wife and two above-average children. We live in Hong Kong. I think if we were to take a survey of 100 random people, most of them would say I’m moderately “successful,” whatever that means to them. And I assume many of those same people, were they given my educational details, would conclude that some part of my success, perhaps a large part of my success, is due to the 7 years I spent in college getting a graduate degree. But that’s not the case at all. Everything I’ve accomplished I could have done just as well, perhaps better, had I not gone to college.

I have never once had the experience of confronting a challenge in my business and thinking “Boy, I’m glad I went to college and took Class ABC, because if I hadn’t I wouldn’t have a clue what to do right now.” Any success I’ve had in the three areas above have come from mentors, books, practice, opportunity, and God. That isn’t to say I didn’t learn anything in college, or that everything I learned in college was useless. I enjoyed Dr. Hansen’s database theory class and Dr. Liddle’s programming classes. But with all due respect to those men, whom I consider friends, I could have walked away with just as much after a day or two doing tutorials on Codecademy, had such a thing existed back then. The same goes for almost every college course I’ve had. I could have received the same knowledge in a much shorter period of time, at a much lower cost, and likely in a way that would have been more customized and suited to my particular needs, somewhere else.

This is me. Someone else might have a completely different experience, although I suspect at least 5 to 10% of college students are just like me. But there is one thing I learned in college that I couldn’t have learned anywhere else–I now know what someone who has gone to college knows. This has been invaluable to me. As a business owner, when I’m hiring someone to do bizdev and I can choose between an MBA coming straight out of school and someone who has 6 months of schooling and has sold pest control for the past four summers, I know the MBA degree should be ignored. The person with the MBA might be the better choice, but it’s not the MBA that makes him or her the better choice. When I hire a programmer, I know that having a college degree in programming isn’t what I should focus on. I know that GPA isn’t something I care about. I hire people who know how to get jobs done, and I can test that in ways other than by looking at their diploma.

For other employers it’s different. How do you know if someone is a good accountant? How do you know someone will make a good civil engineer or geologist? Companies hiring people for those roles have to depend on degrees and grades because they don’t have much else. They can’t look at a website the way I can to judge whether a web designer is worth hiring or not. But there are more employers who are in my shoes than there were 10 or 20 years ago. For many professions a degree is not worth what it once was.

Why then, am I glad I went, and would I do it again? I’m glad I went, because of this important thing I learned–that a college degree ain’t all that. I’m also glad for what I did learn in my classes, even though it came at great cost in terms of time and money. I’m glad I have doors open to me because of my degrees, like being able to go pursue a PhD and not have to work around not having other degrees. And I’m glad I went because I care a lot about education, and I would like to change the system of higher education. I would like to see a college that does graduate successful entrepreneurs who look back 20 years later and say “Wow, I’m sure glad I went to college.” I have specific reasons, unique to me, that make me glad I went, and that are motivating me to go back. But if that’s not you, and you’re thinking of starting your own business or joining a startup, take it from me–just go start that business. Join that startup. You won’t get the degree, but you’re about to get 100x the education.

Are you an entrepreneur? Did you go to college? Are you glad you did? Why?

A lot of people don’t really learn how to learn until they get to college. Some don’t. Some have it figured out, but I think a great deal of people learn a lot of tangible skills in college that don’t necessarily come from any particular class, and weren’t expressly written in any course syllabus. Organization skills, life experience, learning how to learn, learning what you want to do after being exposed to many different possibilities. Learning by watching the mistakes of others in college, and realizing you don’t want to end up like that guy who is barely passing his classes, but having a ton of fun doing other activities – and then realized at the end that he’s not going to get a job like he wanted. But, I agree there are several (many?) career options where a college degree is not as important, or isn’t important. Know what you want, and go after it – but I think that is what you are saying.

I have interviewed many, many college students over the years. I would agree with Josh that there are certain occupations that train you well. The Medical & Legal professions for example. However, the lack of direction of students to transfer their knowledge base into a career has been staggering to me. May be the preparation for a career needs to happen earlier in High School, or with parents who know each and every characteristic of their child in order to guide them in the right direction. Nothing can replace initiative as a driving force to learn what you need to know in order to achieve success in any given field.

I’m glad I went to university. It gave me a great perspective on the world (studied history, political science and more). I also wrote for 5 newspapers, set up a podcast and edited a journal – all of that is helpful. What are you planning to study for a PhD?