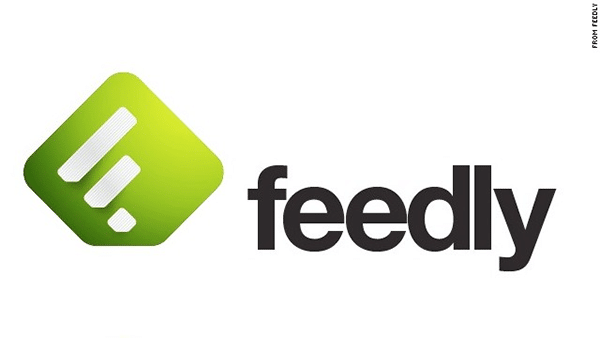 On July 1st, 2013 Google Reader will die. In the wake of its announced execution a petition to preserve Google Reader attracted over 150,000 signatures and articles decried the impending loss with poetic flourish. Then hope shined forth as other RSS aggregators stepped up, Feedly leading the way. Newsroom employees and tech geeks rejoiced and the conversation turned from mourning to excitement about the opportunities inherent in this brave new Google Readerless world. Meanwhile, the rest of us normal folk asked “Google Reader, what’s that?” followed up by “RSS? Who uses that any more?”
I like to think of myself as at least somewhat techie. That is, I like to think of others thinking of me as being somewhat techie. I run an online marketing firm and have a graduate degree in information systems management, so people who know me would be disappointed if they discovered I’ve never bought the hottest new smartphone the day it came out, I depend on others to code up websites for me, and I sometimes have trouble getting my scanner to work. And so when suddenly all the geeks around me began lamenting over Google Reader travelling to the place where retired online services are eternally blessed my first reaction was that once again, I was behind the times and missing out on something I should have known about.
The last time I knowingly accessed an article via an RSS feed was about 10 years ago. The idea of being able to aggregate headlines from several sources into one easy-to-read interface seemed like a great idea, but whatever software I used at the time failed to produce a good experience and I gave up on it. Just the same, I always made sure my blogs had working RSS feeds. I never used such feeds on anyone else’s blogs, but I assumed someone used them, plus I thought the RSS icon gave some slight appearance of legitimacy. I could see visitors to my websites seeing the icon and thinking “What’s that? I don’t know. But it’s on a lot of other websites I like, and it’s here, so this is probably a good website too.” Other than for this, RSS was out of sight, out of mind.
Feedly’s success, if nothing else, is a testament to being ready for your competitors to die and the power of PR. Here I am, someone who couldn’t care less about Google Reader’s demise, and I got sucked into the drama. Like a hipster watching Kony 2012 and suddenly realized how much he has always cared about the children of Uganda, I was drawn into the sprawl of emotions surrounding a service I didn’t know existed and wouldn’t have used if I had. As everyone else began migrating to other services to pull all their news sources together, I found myself having a renewed interest in RSS.
Just because I hadn’t used RSS in 10 years didn’t mean I wasn’t reading news from a lot of different websites. I’m a news junkie. I had shortcuts all over my phone and desktop browser to CNN, Wired, Drudge, Mashable, and of course, TechCrunch, amongst 20 others. I read 5-10 articles a day, and would skim a few dozen more. Google Reader was made for me, I just didn’t know it until it was too late. But as the news of Google Reader date with destiny spilled out and reports of Feedly kept pouring in, I thought “Hmm, maybe I should check this Feedly out.”
I visited the Feedly site, signed up, and quickly realized I had been an idiot. This was way easier than visiting several individual websites every day! With Feedly I could access content from 100 websites and quickly scroll through headlines to see what interested me enough to look deeper. What was this wonderful, marvelous, evidently cutting-edge technology that made this possible? Oh yeah, RSS. That thing I gave up on 10 years ago.
And so to Google Reader I bid adieu, though I never knew thee. But if there is a silver lining it is that without your death and the ensuing media frenzy I never would have realized what I was missing, nor would I have been guided back into the loving arms of RSS feeds. For that, I am grateful. Google Reader, farewell.
Liked it? Share it!
Subscribe
Login
1 Comment
Oldest
Newest Most Voted
Inline Feedbacks
View all comments

very same thing happened to me. Now I get my news through feedly, it takes a fraction of the time. I might even sign up for the pro account so that I get the search function