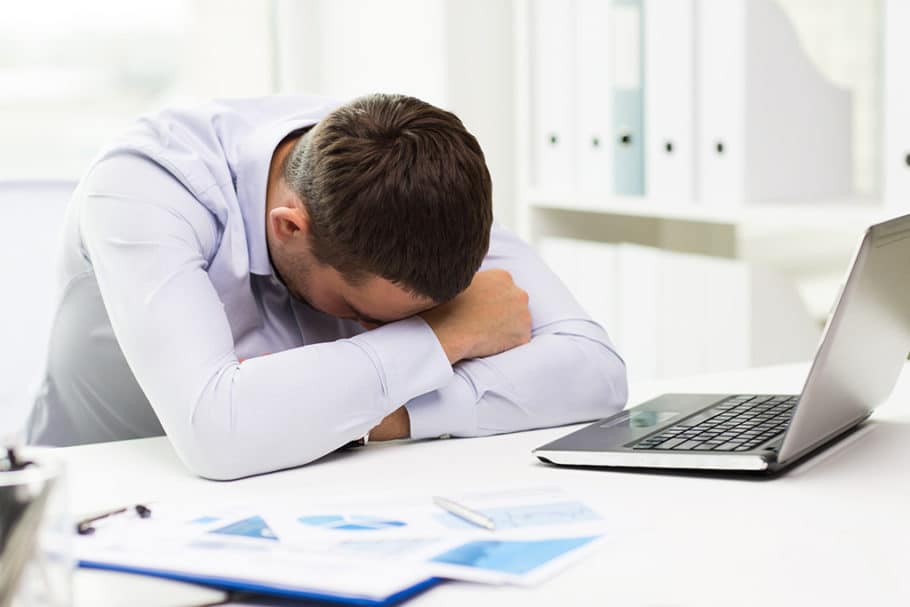 I’m in San Francisco right now doing interviews for my book, attending the C-Suite Conference, and basking in the aura of Silicon Valley. There’s a palpable energy in the Bay Area. People are excited to work on big ideas that will change the world. Or are they just getting a paycheck?

The Fortune Global Forum is also taking place here in San Francisco right now. Larry Page, Google’s co-founder, spoke last night during a dinner there. Fortune’s Alan Murray reported him as saying “Companies have pretty bad reputations in the world. It’s not like most people get up and say, ‘Oh, I wish I could go work for a company.’ They do it because they have to.”

Do you love the work you’re doing, or do you do it because you have to? If you had a million or two sitting in the bank, would you do what you’re doing today? Page doesn’t have to work. He can do whatever he wants to do. What’s keeping you from doing the same? Hint: It’s not a million dollars. It’s probably a much smaller number, if money has anything to do with it at all.

In Hong Kong, where I live, there is a large population of domestic workers, or maids. Most are from the Philippines or Indonesia. About 500,000 total, if I remember correctly. The minimum wage for these “helpers,” as they’re commonly referred to, is around $500 USD per month. That may not seem like much, but it’s 5-10 times what they would earn at home, and that’s why they are willing to do hard work in Hong Kong for years on end, sacrificing their lives to send money back to their families in the hope their families might have a better life. The concept of doing “what they really want to do in life” doesn’t exist for most of these women (and a small number of men). They’re trying to change the world, but it’s more immediate. They’re trying to help their families dig out of poverty. $500 per month is what they need to survive, plus put a few family members through college. It’s not a Steve-Jobs-change-the-world mentality, it’s a survival+ mentality.

All it would take to free one of these helpers in Hong Kong from a survival mentality is $500 per month. That’s shelter, clothing, food on the table, and education for family members–the chance for something better. What’s your $500? It’s not $500, but if you’re including two or more cars, a large house big enough for all your kids to have their own room, expensive entertainment systems, vacations, retirement programs, investments, etc., then perhaps your survival number is lower than you think.

What would it really take for you to be able to quit your job and do whatever it is you want to do? Or maybe you can’t quit your job, but can you work half time? Can you find a different job, perhaps a lower paying one, that provides more fulfillment? Can you keep the job you have, but change it to find more fulfillment?

Sometimes you just need to work and put food on the table. But many of us don’t have a lot of downside risk in our lives. The worst case scenario of taking a risk doing something different is that we have to stop it and go back to what we were doing before. With the risk so low, life’s too short to be doing something that doesn’t mean anything to you.

So tell me, because I’d like to gather stories for a book I’m planning to write. If you had a few million in the bank, what would you be doing today instead of work? Or are you already living the dream, doing what you would do even if you didn’t need to?